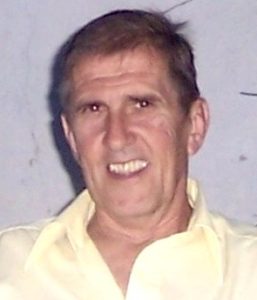 During this time of sheltering at home and financial loss and uncertainty, domestic violence is on the rise. Blaming others for our feelings is more acceptable as we observe it in others. With all the divisiveness and violence we are experiencing as a nation, anger is frequently expressed as violence.

Anger in and of itself is not bad, but is simply a response to a perceived danger or a potential loss. Physiologically, it is remarkably similar to anxiety but with a different behavioral response. When we perceive a danger, our amygdala, a structure in our brain activates the pituitary gland, the “master gland” of our body, and the pituitary releases adrenal stimulating hormone into the blood, which “stimulates” the adrenal glands to release adrenaline and corticoid steroids. This prepares us for the “fight or flight” response.

Adrenaline causes changes in blood flow, diverting blood from the gut to the large muscle groups. It also increases heart function and causes the large muscle groups to become tense by stimulating the sympathetic nervous system. Consciousness is more focused and fine motor skills are diminished in favor of increased strength. Control in the brain is shifted to more primitive brain centers and away from the frontal lobes where complex thinking and inhibition of other brain centers occurs. This activation is rather stressful and is damaging if prolonged. The corticoid steroids are released as a way of suppressing the inflammatory response to the extreme muscle exertion of running or fighting in this survival response.

Learning causes the response of anger to be activated even at times of less danger such as in a young child’s temper tantrums or later, outright violence or threats. Expressing anger becomes a useful way to manipulate the environment through intimidation. While initially useful, the anger response will eventually become self-defeating. That is when anger becomes problematic and maladaptive. It harms the angry person physically as it leads to chronic stress as the fight response is frequently activated. It is often also not socially sanctioned because it frightens or harms others and frequently leads to criminal charges.

Managing anger is a difficult but worthwhile effort. A person can address the physiological activation by learning stress, anxiety and anger reduction techniques. There are two proven ways. Physical exercise has been shown to reduce the physiological stress by allowing the “exhaustion” of the fight or flight activation into an activity that “completes” the preparation of adrenaline and the corticoid steroids and results in a fatigue that stops the hormonal response with a reduction of anger or anxiety. Various forms of meditation can abort the fight or flight activation. When exercise or meditation are practiced regularly, the individual will find less activation of the fight or flight response.

The easiest way to reduce anger and the self-defeating consequences is to withdraw from activating provocations until the physiological response is reduced and the frontal lobes can engage in more adaptive responses such as problem solving, negotiation and other less destructive responses. The person can identify the consequences of various ways to respond and avoid self-defeating behaviors. Then, over time, he or she can learn assertive responses, which may be more effective and less self-defeating but require considerable practice than an angry reaction.

The angry person, through cognitive approaches to self-improvement, can learn how the thoughts he or she has can activate the physiological fight or flight response and how other more problem-focused thoughts can become successful.

Managing the anger of others is even more complicated. Withdrawal and managing your own feelings are the easiest places to start. Talking about the problem calmly can be helpful but only when the other’s anger and your anxiety or anger is lessened. If anger flares, give it up and seek safety. Talking about feelings helps even if it doesn’t lead to solving the problems. Of course, alcohol must be avoided on both parts as it further shuts down the frontal lobes, making emotions even more disinhibited.

Anger and anxiety are motivators that give energy to the individual. When the response is not extreme, it can provide motivation to confront frustrations and mild threats with effective, rational choices. Thus, anger and anxiety when modulated downward can provide the motivation and energy to solve unpleasant situations. Effective approaches include talking, group, family and individual therapy and self-help through meditation, exercise and changing one’s irrational, self-defeating thoughts. Couples need to negotiate rules for talking about problems that ensure feelings are controlled enough to avoid the fight or flight triggering. QCBN

Dr. David Fero is a board member with the West Yavapai Guidance Clinic.