You are here: Home / Local News / Tobin Running for Congress 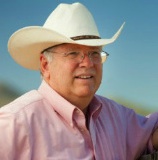 Arizona’s Speaker of the State House is challenging Flagstaff Democrat Ann Kirkpatrick for U.S. Congress.  Kirkpatrick represents Arizona’s Congressional District One, which includes the Quad Cities region. She was elected to serve from 2009 and was challenged and unseated by Paul Gosar, a Flagstaff-based Republican.  Kirkpatrick ran again last year, when the congressional districts were redrawn, and she beat former state Senator Jonathan Paton, a Republican.

Tobin, from Paulden, Arizona in the Chino Valley area, accuses Kirkpatrick of assisting President Barack Obama in attacking liberties.  “Kirkpatrick has been an embarrassment to our state for a while, but lately she’s gone into overdrive – teaming up with Nancy Pelosi and Obama at every turn,” says Tobin in a statement.

“For this reason and others, I’ve announced my candidacy for Congress. Kirkpatrick needs to go. She doesn’t represent us.”