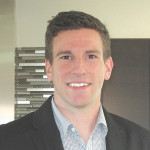 When uncertain economic times coupled with personal setbacks call for resilience in the work environment, Luther Kraxberger can go to the front of the line.

Upon completing his aeronautics coursework, the former Embry-Riddle Aeronautical University student was notified that the position he had interned for was eliminated at Lockheed Martin, a casualty of the softened demand for technology systems and products. This disheartening announcement, simultaneously combined with a motorcycle accident in which he broke his spine in nine places, put his goal of becoming a pilot in serious jeopardy.

“My purpose in coming to Prescott in fall of 2005 was to attend Embry-Riddle,” said Kraxberger, a native of Beavercreek, Ore. “And the experience I had as a student was excellent. I was among very bright, like-minded peers who saw their future in the aeronautics industry.”

Kraxberger was up for the challenge of attending Precott’s Embry-Riddle, a school he deems “one of the very best aviation and aerospace universities in the country.” But what he could not anticipate was the looming downturn in the technology industry. He also recognized that his flying medical qualification was in question because of the seriousness of his accident injuries, something he never imagined could happen.

“The silver lining in all this was that I minored in business at Embry-Riddle,” Kraxberger said. “In particular, after taking a microeconomics class from Dr. Ricardo Carraras, I discovered I had a genuine interest in business and the way the world of finance works. I still loved flying but came to see it more as a hobby rather than my daily work. I had a special interest in some facet of corporate flying but gradually envisioned myself as the one being flown – by someone else! So, not securing employment with Lockheed Martin, in addition to breaking my back, prompted me to look elsewhere for my career path.”

With his business minor he was prepared to make the switch, first dabbling in the stock market and later in small businesses that – impacted by the same weak economy – did not prove fruitful.

“Then a friend who worked locally for Keller Williams Check Realty called me and suggested that I should be working in real estate with him,” Kraxberger said. “However, rather than fighting the distressed economy, my friend and his team of realtors, specializing in foreclosed properties, had more work than they could handle. I wasn’t a licensed realtor at the time, but it was a great introduction into the real estate business.”

Continually taking on more and making new contacts, through Kraxberger’s position as president of the Pronghorn Ranch Homeowners Association, another opportunity presented itself when a client investor asked him to sell investment properties. “This was the catalyst for me to get a real estate license,” Kraxberger said. He returned to school, earned his license and began selling homes for his client.

“Starting off was more challenging than I thought it would be,” he said. “As I dove deeper into my work, I realized more and more that in order to be successful in real estate, I would have to treat it more like a business than a sales job. I found that by creating systems for my everyday processes, I could be more efficient – and more successful.”

Kraxberger also began attending supplemental business and real estate classes and poring through the resources that Keller Williams offered. “I have been able to glean information from some of the top agents in the country,” he said. “All of this has fortified my understanding that real estate is a true business and that success only comes through hard work and perseverance.”

Although he says real estate will always be part of his business portfolio, he believes there are countless opportunities in the business field. “Currently, I have several ideas that may become actual businesses, and for the time being, I will continue evaluating every opportunity that comes my way. I think that just being young and in Prescott allows me many opportunities that larger cities cannot offer.” QCBN