When Don Grier first discovered Prescott in the early 1990s, he was with an adventurous motorcycle group from Southern California that often spent weekends and vacations exploring communities in the Southwest and Rocky Mountain states.

A practicing attorney who graduated in 1986 from Pepperdine University, a Christian university with the main campus in picturesque Malibu, Grier He explained, “We hadn’t been in town long when I figured out it was a conservative small community with traditional values. And it has hometown charm, moderate climate. It’s small enough to be friendly and large enough to have everything I had been looking for. Prescott isn’t as ‘touristy’ as Sedona, wasn’t as cold as Flagstaff, or as hot as Phoenix or Tucson.”

What also appealed to him was seeing other motorcycle riders, most of them on Harley Davidsons – with no helmets. “That really caught my attention – that they had the right to make up their own minds about wearing or not wearing a helmet. And I liked it when I found out about the less restrictive gun regulations in Arizona – that folks had the right to carry if they wanted to.”

From Coast to Coast, But Now, Prescott

The New Jersey native had grown up and attended Rutgers University in New Brunswick. He earned his degree in journalism and political science, and then decided to go to law school.

“I bounced from the East Coast to the West Coast, for I was young and wanted some new experiences. I certainly found them in California – and even more on the motorcycle trips with my friends.”

Earning his J.D. with a specialization in intellectual law and business, Grier made the big decision to relocate to Prescott in 1994. He bought a home here, then split his time between Los Angles and Prescott.

“I’m a one-person law firm. Because of the kind of legal counsel I provide, I have clients both nationally and internationally. I can handle much of what my clients want electronically, too, and that really makes a difference.”
Finally, Grier and his wife, Elizabeth, and their three sons, ages eight, 15 and 17, moved to Prescott full-time in 2005. “We are committed and dedicated members of the Prescott community.”

Beyond Law Practice, a Gun Shop and Firing Range

Not long after Grier arrived in Prescott, he met Mike Kabbel, who then was Prescott Chief of Police. They became friends and shared similar beliefs about law enforcement, gun regulations and firearm safety. Over time, they decided that a well-run gun club would appeal to many local residents. They finally bought property from what used to be the Honda dealership at 1200 Iron Springs Road. They became partners in building the Prescott Gun Club in 2014, (Kabbel later left the business because of health reasons).

A sophisticated feature of the gun club is the fully computerized indoor gun range. The business has a staff of six to eight people, depending on the season, and most are retired military or law enforcement personnel with years of firearm safety experience.
Gun club clients number more than 1,000. There is about a 50-50 split between male and female members.
“A guiding philosophy governing everything we do is absolute safety in the handling and firing of firearms,” Grier, who is NRA certified, said. “I want ours to be superior firearm instruction.” 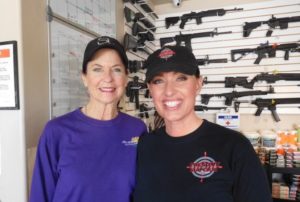 “No hesitation. God. I would not be what I am without His guidance. My family and I are active members of the Heights Church.”

What do you do for fun?
“Ride my motorcycle. My wife, Elizabeth, and I thoroughly enjoy getting out on backroads and when we can, going camping in often remote areas.”

Where do you enjoy traveling?
“We’ve really developed affection for South Carolina. It is so different from Arizona and the Southwest – totally different environment, with a wide variety of trees, green pastures and fields, and of course, the beaches.”

What character traits do you most look for in a business associate?
“Honesty and integrity. I really respect people who keep their word and do what they say they will do. Being able to trust someone fully is, in my judgement, critical.”

When they make a movie about your life, who do you think should play your role?
“I can’t imagine a movie about me, but if that happened, I’d want Kevin Costner to be me. He seems to have genuine sensitivity for others, and he supports worthwhile causes.”
For more information, visit prescottgunclub.com 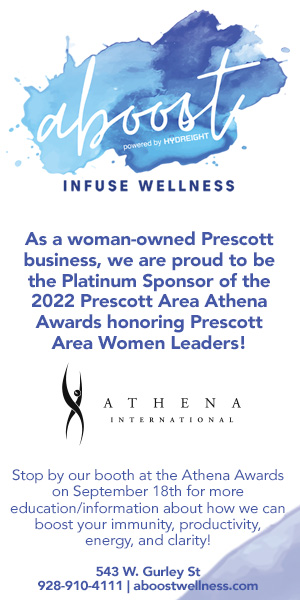