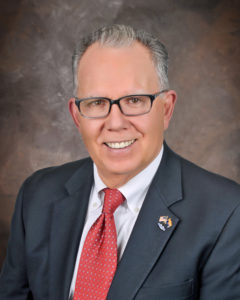 Providing water to property outside the city limits has been a hotly debated topic.

For the past several months, Prescott City Council and the Water Issues subcommittee have been working with staff to draft a revised water policy that will meet the needs of our current users and create a sensible plan for growth in Prescott for years to come. Water use is a primary concern for many of our residents. How we use and conserve water will have an impact on the entire Prescott region for many years to come.

There are 24 points to the policy. Here are a few particularly important items for consideration:

The draft policy is being reviewed by the city’s Water Issues subcommittee, then will be reevaluated by Council within the next several weeks. It is important to note that citizen input has been paramount in the Council’s deliberations to this point. The draft policy has been posted on the city website since early January and we encourage citizens to review it and comment. City staff has already gathered many comments and is reporting back to Council on a regular basis. There is still time for you to be heard, both through comments and at upcoming public meetings.

To review the draft water policy and comment, go to Prescott-az.gov, and click on the 2022 Draft Water Management Policy tile on the home page. We have the opportunity to create a sustainable water policy so that generations to come can benefit. QCBN