You are here: Home / Columnists / Exploring the Bridge Loan When Buying a Home 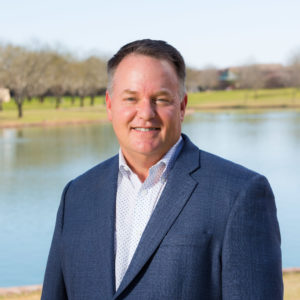 Many times, when people are considering selling their current home and purchasing a new home, they are caught in an issue of how to make that transition work. They need to use the equity from the sale of their existing home to purchase their new home. So, this means that they need to make the decision on whether to sell their home before purchasing, or to try to find a home to buy before putting their home on the market. In the current market environment, this is not a desirable situation to be in, as most sellers would prefer to accept an offer from a borrower who doesn’t need to sell; in other words, an offer that does not contain a contingency. As a result, this can leave many people in a tough situation as to what to do to accomplish their goal.

There are a few options, but the best one has not been available for many years, and that is the bridge loan. The bridge loan does exactly as the name implies. It allows a person to take out a short-term loan against the current property that will not only provide a portion of the equity that is in the home, but also pay off any existing liens on that property. The remainder of those funds can then be used to purchase the new home..

The bridge loan solves several issues that may occur when trying to sell and buy at the same time. One of those issues could be a delay caused by the buyer of the existing home that would then of course delay the purchase of the new home. Another issue could be that there is so little time to move from one home to the next because of possession dates being so close to each other. The biggest issue, however, is the possibility of not getting an accepted offer on the home that they would really like to buy since they do not have a buyer for their current home.

So, let’s look at an example. Let’s say the existing home to be sold is worth $400,000 and there is an existing lien on the home for $200,000. The bridge loan allows the person to take out a nine-month loan at 80% of the value of the home. So the bridge loan amount would be $320,000. It would pay off the existing lien and the remaining amount, in this case, $120,000 could be used toward the purchase of the new home. This allows the person to purchase the new home that he or she desires without having to sell the existing home first, which solves so many of the issues previously discussed. Now the person does not have to have a buyer already in process to buy his or her home. With the bridge loan, the person has up to nine months to sell the home. The bridge loan allows the person to have more time to make the move, as there are no immediate time constraints as to when he or she must leave the prior home. When a buyer is found, and if for some reason a delay occurs in that transaction, it’s not as big of an issue as it was when the funds from the sale were needed for the purchase. Once the home is sold, the bridge loan is paid off and the person receives the rest of the equity from that home.

Union Home Mortgage now offers a Bridge Loan to help our clients make the transition from one to another much easier! It offers up to 80% of the value of the current home, interest-only payments during the nine months, and the best part of all is that once the home is sold and the remaining equity is realized, those funds can be applied to the loan on the new home and that loan will be adjusted! QCBN

Mick Szoka has been in the mortgage industry since 1992. For most of these years, he was in senior management and oversaw the Capital Markets/Secondary Marketing Department. Szoka joined Union Home Mortgage in March 2001 in that capacity and remained in that position until 2015 when he relocated to Prescott. Currently, he is the vice president and branch manager for the Prescott Office and chairman of the Prescott Chamber Ambassadors Committee. “It has been fantastic getting back out in the community and serving in the many ways that I can help,” he says.