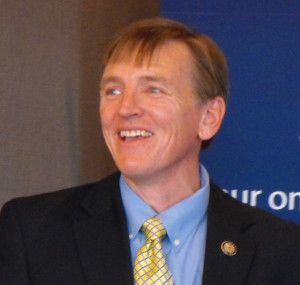 The Catastrophic Wildfire Prevention Act, which H.R. 1526 will implement, is aimed at preventing destructive wildfires and stimulating rural economies. The bill passed with bipartisan support by a vote of 244-173.  “We have a forest health crisis in this country and this jobs bill goes a long way towards restoring the environment, improving public safety and putting people back to work. I commend my colleagues for passing this bill.”   Congressman Gosar continued, “If we don’t thin our forests, Mother Nature will do it for us by catastrophic wildfire.

The consequences of forest mismanagement cost Arizonans property, natural resources, wildlife and economic growth. Passage of this bill in the House puts us closer to implementing a common-sense approach that we know works.”  Background: On July 31st, the Catastrophic Wildfire Prevention Act was incorporated into a larger forest health package, Restoring Healthy Forests for Healthy Communities Act, by the House Natural Resources Committee.   Due to redistricting, Rep. Gosar has represented nearly all of rural Arizona over two and a half years in Congress.

This area contains nearly forty-eight thousand square miles of U.S. Forest Service land and many of the areas devastated by recent wildfires.  These wildfires include the Wallow Fire – the largest fire in Arizona state history – the Sunflower, Gladiator, Poco, and Bull Flat fires of 2012, and the horrific Yarnell Hill Fire, which claimed the lives of 19 elite firefighters.