You are here: Home / Columnists / Is Reverse Aging a Fairy Tale? 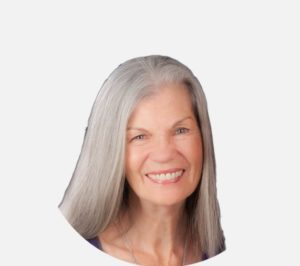 Once upon a time, “The Fountain of Youth” could only be found in fairy tales. Now, it is here – in X39!

It seems like we are reading stories about the health and healing benefits of stem cells in nearly every magazine we pick up.

But there’s a wondrous wizard behind the curtain, playing a significant part in the story. This wizard is called GHK-Cu. It’s a phenomenal, almost magical, peptide that regenerates stem cell production by transforming aging skin cells into healthy stem cells. GHK-Cu is described by the scientific community as “A ubiquitous healing phenomenon” and “The Holy Grail of Healing.”

GHK-Cu was discovered by Dr. Loren Pickart in 1973. It became his “life mission to inform the world of GHK’s possible uses to improve human health and reduce human diseases.”

In his recent book, Pickart said, “Skin’s stem cells are [your body’s] ‘gold reserve’  – a resource for renewal and rejuvenation. It was long believed that in aged skin, stem cells undergo senescence, losing their ability to repair damage.

“However, today there is accumulating evidence that stem cells in aged skin resemble Sleeping Beauty – even though they appear dormant and inactive, they remain eternally young and can be activated with the right stimulus. Just as Sleeping Beauty needed a kiss from Prince Charming to rise from her slumber, GHK is that Prince Charming, awakening the skin’s stem cells.”

Stem cells are like a personal army of cellular soldiers. They will rush to wherever they are needed to fight off inflammation, wounds, diseases and cytokine storms.

Stem cells also have innate wisdom and seemingly mythic powers. They can transform into any type of tissue, muscle, tendon, blood vessel, nerve, bone – whatever you need, wherever you need it. It’s their job to keep you safe from physical, emotional and cognitive decline.

As our strong, vital, stem cell army weakens, we begin losing our health battles. Energy depletes, healing and thinking slows down, and we become more and more susceptible to the myriad of health problems that come with aging.

Ever since its discovery, GHK-Cu has been studied extensively. (Take a look at the GHK-Cu Wikipedia page, do a Google search, or go to pubmed.gov, to see its multifarious functions.) But in spite of countless studies and clinical trials during decades of research, scientists never discovered any way to replenish endogenous GHK-Cu in an aging human body.

Since there was no Prince Charming to be found, scientists resorted to harvesting stem cells from animals, for injection into humans. Results were variable. The more recent practice of taking stem cells from human umbilical cords, rather than from pigs, has shown better results, but is still far from reliable. Another modern method is to harvest what’s left of a person’s own aging stem cells, activate them in a lab, and then inject them back into that person. The process is painfully invasive, very expensive and, of course, the stem cells are weak to begin with.

But, if we want to be strong, healthy and vital, we need some stem cells! So, some scientists and the populace would try anything, at any price, with the hope of improving health or, at least, for some pain relief. Up until very recently, those expensive, invasive and typically non-endogenous stem cell injections were the only options.

In 2019, a tiny round patch about the size of a quarter revolutionized our ideas about health, healing and age reversal. The wonder of this tiny-but-mighty X39 patch is that it regenerates, activates and stimulates your own body’s GHK-Cu.

U.S. patent scientists were so impressed by the clinical trials demonstrating how the X39 patch elevated GHK-Cu levels in blood and urine samples that they granted its patent in just 11 months, instead of the typical one to seven years.

X39 actually regenerates your GHK-Cu, which, in turn, repairs your DNA, regulates more than 4,000 genes, and transforms your aging skin cells into your own pluri-potential, healthy stem cells.

The X39 patch is non-transdermal, amazingly effective and affordable, too. If this sounds like a fairy tale, think again! The X39 patch is filled with organic nano-crystals that reflect specific frequencies of your own body’s light, via Photobiomodulation Light Therapy Technology: Specific frequencies of your body’s infrared light stimulate specific effects, i.e., regenerating GHK and stem cells.

Because nothing is going into your body except your own body’s lightwaves, there are no contra-indications with any medications or allergies.

X39 resets your genes to their youthful state.

Once upon a time, “The Fountain of Youth” could only be found in fairy tales. Now, it is here – in X39! QCBN

This column is written by Gayla Gordon of Prescott. Her husband, Barry Gordon, a biophysicist, homeopathist and energy psychologist, provided the research. He’s been on the leading edge of science and healing since the 1960s and can be reached at barryg@mac.com.