You are here: Home / Columnists / Maintaining Your Hearing 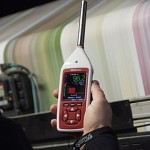 Forty-eight million Americans have some degree of hearing loss. Nearly one in five people across all age groups has trouble understanding speech, and many cannot hear certain sounds at all. Americans are living longer; however, the older you are, the more likely you’ll have hearing loss.

Although there are many reasons for hearing loss, it is most often associated with the aging process and exposure to loud noise. It usually occurs in both ears and is irreversible medically or surgically. This condition involves difficulty understanding speech, especially in noisy environments, and only gets worse over time. There are serious risks to not maintaining your hearing.

No one wants to admit to hearing loss, and because the onset is usually gradual, it’s easy to ignore. Even after friends and family point out someone is having trouble hearing, they deny it and blame others for mumbling or talking too fast.

Only one in five people who could benefit from hearing aids actually use them, according to the National Institute of Deafness. Research also shows that many people with untreated hearing loss also experience depression, anger, and became isolated from family and friends.

For many, it is hard work and takes a lot of energy to listen, and for the brain to try to understand and translate sounds. This is called “cognitive overload” and it creates stress for the individual.

A study by researchers at Johns Hopkins and National Institute on Aging suggests that seniors with hearing loss are significantly more likely to develop dementia over time than those who retain their hearing.

Although the reason for the link between the two conditions is unknown, the investigators state that a common pathology may underlie both, or that the strain of decoding sounds over the years may overwhelm the brains of people with hearing loss, leaving them more vulnerable to dementia. They also speculate that hearing loss could lead to dementia by making individuals more socially isolated, a known risk factor for dementia and other cognitive disorders.

Whatever the cause, the scientists report, these findings may offer a starting point for interventions — even as simple as hearing aids — that could delay or prevent dementia by improving patients’ hearing.

“Researchers have looked at what affects hearing loss, but few have looked at how hearing loss affects cognitive brain function,” said study leader Frank Lin, M.D., Ph.D., assistant professor in the Division of Otology at Johns Hopkins University School of Medicine. “There hasn’t been much crosstalk between otologists and geriatricians, so it’s been unclear whether hearing loss and dementia are related.”

Even after the researchers took into account other factors that are associated with risk of dementia, including diabetes, high blood pressure, age, sex and race, Lin explains, hearing loss and dementia were still strongly connected.

“A lot of people ignore hearing loss because it’s such a slow and insidious process as we age,” Lin said. “Even if people feel as if they are not affected, we’re showing that it may well be a more serious problem.”

In The Meantime, Shouting Won’t Help

If you know someone who is experiencing hearing loss, you can help with better communication. First of all, be patient and compassionate. Say the person’s name and be sure you have their attention before asking a question. Begin conversations with casual topics. Be an active listener. Reduce background noises that may be distracting. Allow extra time for a response. Keep sentences and questions short. Be sure to enunciate every word.

If you suspect that you or a family member has a hearing loss, consult a hearing specialist or audiologist. The hearing professional can evaluate hearing and suggest treatment methods. QCBN