You are here: Home / Tourism / Prescott Continues to Grow as a Tourist Destination 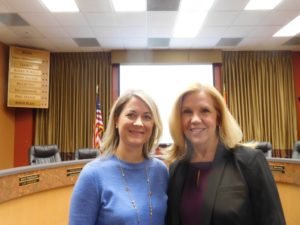 Leaders of the Arizona Office of Tourism lauded the City of Prescott and its partners for significant increases in attracting national and international visitors.

Debbie Johnson, director of the Arizona Office of Tourism (AOT), told dozens of community members who represented various hospitality and tourism attractions throughout the Quad Cities that because of such efforts, AOT was going to request additional funds to support future promotional efforts for Prescott and Central Arizona.

Johnson and Becky Blaine, AOT deputy director, shared both anecdotal and statistical information about how Prescott and Central Arizona have attracted more and more visitors from the United States and several foreign nations. They credited the commercial air passenger traffic generated by United Express, operated by SkyWest Airlines, from Prescott Regional Airport as having had a major impact.

More than 30 community members were at the “Tourism Team Up” event sponsored by the City of Prescott Tourism Office in mid-October.

They used a PowerPoint presentation to document their comments that the financial impact of tourism in Prescott and in Arizona is significant. They also reported that in 2018, visitor spending in Yavapai County was $949 billion, up nearly 11% over 2017. More than 9,910 jobs were supported because of visitor spending, an increase of 4.2% over the prior year.

“This area has some of the strongest leisure travel numbers in the state,” said Johnson.

Because of the success of commercial passenger flights in Prescott, she said she is going to request additional marketing dollars from the state to promote “Denver to Arizona.” QCBN