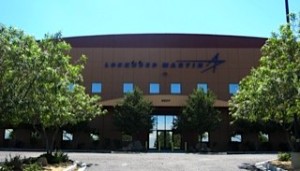 Some groups that think purposeful business attraction will create a stronger Quad Cities area are working together on GPREP, or the Greater Prescott Regional Economic Partnership. The nascent effort has been slow to gain a foothold, but the group has plans to stimulate the local economy by attracting new businesses to the region.

One of the groups supportive of economic development is Embry-Riddle Aeronautical University. Bryan Dougherty serves as dean of enrollment management. “Philosophically we’re on board, if there is anything we can do to help the region grow. And I think the region understands that we are part of that as a leading educational institution that could potentially open up industry connections, whether it is a research park or internships or just certain industries that want to be located close to the source of some of their employees,” said Dougherty.

The director of the Prescott Valley Economic Development Foundation is Gary Marks. While he is not an official member of GPREP, he’s been in the economic development business for 25 years, 15 in Prescott Valley. He has been supportive of the idea of a greater Prescott regional economic development initiative. “It could make the region stronger as a whole with more to offer as a whole than what we can offer individually,” said Marks.

A new player to the GPREP discussion is Jeff Burt, the City of Prescott’s new director of economic initiatives. Quad Cities Business News talked with him right after he relocated to the area from Indiana. “I was looking for an economic development opportunity that offered leadership and creativity, in a community committed to economic health,” Burt said in a phone interview. He looked forward to learning more and participating in the GPREP initiative.

The business of economic development is a competitive one, with municipalities across the country working to lure businesses. “So the types of jobs that every community wants: high paying, high tech manufacturing jobs, there is a chase that goes on all around the country for these types of companies,” said David Maurer, president of the Prescott Chamber of Commerce. “And the Prescott area by and large has not been a part of that effort.” The chamber CEO thinks marketing the greater Prescott region nationally could work to attract businesses looking to relocate. Maurer thinks this part of central Arizona has a lot of qualities that would be attractive to employees, namely outdoor activities like hiking and biking.

Maurer also thinks a cohesive economic development effort could discourage competition between the Quad Cities when attracting retailers to set up shop in the area.

Embry-Riddle’s Dougherty calls coordination between various entities good business. “It is good politics and ultimately you have people not only limiting competition but an environment of collaboration and being able to put resources and work toward a common goal.” He also thinks different people bring unique problem-solving abilities to collaborations, which would benefit all communities in the Quad Cities region.

And while Dougherty, who has been in the area for 34 years, thinks attracting quality businesses to the Quad Cities would be a good thing, he recognizes not everyone agrees. “There are a lot of people who frankly don’t want to see the area grow. They moved here because of its size, they moved here because of its small town feel and they don’t want it to develop beyond that,” he said. Dougherty recognizes bringing new businesses and new money to the area would bring more construction and more people. “The more vibrant a community atmosphere, I think, the better experience for the [Embry-Riddle] students. On the other hand, I understand people have retired and invested their life savings and themselves into the community and they like it a certain way,” he added. “Maybe there is a measured growth, maybe there is compromise in between, a way to grow prudently and measuredly.” QCBN