You are here: Home / Archives for M.D. 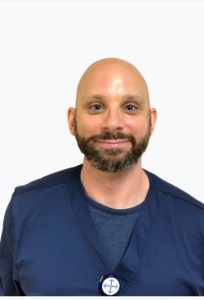 For many, a healthy diet and regular exercise are self-prescribed ways to feel better. But for people with diabetes, diet and exercise often are medically recommended to help treat the disease.
Diabetes is a disorder where either the body does not produce enough insulin or the cells in the body do not recognize the insulin.
To understand diabetes, you first need to understand the role of insulin in your body. When you eat, your body turns your food into sugar, also called glucose. At that point, the pancreas releases insulin to open the body’s cells to allow the sugar to enter so it can be used for energy.
But with diabetes, the system doesn’t work.
Without insulin, the sugar stays and builds up in the blood. So, the body’s cells starve from the lack of glucose. If left untreated, complications can develop with the skin, eyes, kidneys, nerves and heart.
There are different types of diabetes, with the most common form called type 2 or adult onset diabetes. People with this type of diabetes can produce some of their own insulin, but often it’s not enough. Some of the common symptoms of diabetes include:

Treatment for diabetes usually includes diet and exercise – and medicine if sugar levels remain high after lifestyle adjustments. At Mountain Valley Regional Rehabilitation Hospital, an interdisciplinary team including physicians, nurses, physical therapists and dietitians helps patients manage their diabetes by creating individualized treatment plans that include physical exercise and healthy eating strategies.
Exercise helps control diabetes because it allows glucose to enter the cells without the use of insulin. It also can help lower blood glucose levels and blood pressure. In addition, exercise assists in weight loss and improves balance and energy levels.
A combination of both aerobic exercise and resistance training has the most positive effect on blood glucose levels. Physical therapists help individualize and supervise exercises that will be the most beneficial to the patient. They monitor the exercise program to ensure safety and progress, while improving and maintaining sugar levels. The exercise plan can be carried out at home after the individual leaves the hospital.
A healthy diet also is integral to managing diabetes. How much and what types of foods are eaten affect the balance of insulin in the body and make a difference in blood glucose levels. Dietitians at the hospital teach patients about carbohydrates in food, how they affect glucose levels, and they provide practical strategies for healthy cooking and eating.
At the hospital, we not only treat our diabetic patients, but we educate them on how to manage the disease to the best of their ability in their everyday lives. Our goal is to help them live as independently as possible. QCBN 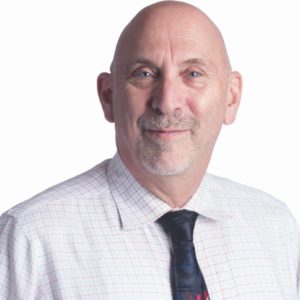 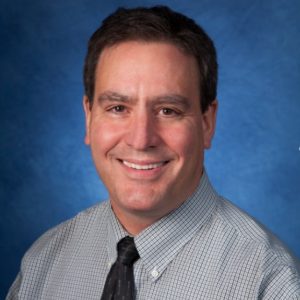 Types of cancers and when to get screened, according to USPSTF and ACS:

– USPSTF recommends a Pap smear screening every three years for women ages 21 to 65.

– ACS recommends a Pap smear screening every three years for women ages 21 to 29; and a screening every five years for women ages 30 to 65. Women over 65 with a history of normal Pap tests should not be screened – but women diagnosed with a serious cervical pre-cancer should keep testing for at least 20 years after that diagnosis, even if testing continues past age 65.

– USPSTF recommends a screening beginning at age 50, then screening every five years until age 75; and no screenings past age 75.

– USPSTF recommends an annual screening for lung cancer for people with a smoking history of 30 packs per year or more who currently smoke or have quit within the past 15 years.

– USPSTF has no recommendation either for or against.

– ACS recommends regular dental checkups that include a comprehensive mouth exam; and for doctors to examine the mouth and throat as part of a routine cancer-related checkup.

– USPSTF does not recommend a prostate-specific antigen, or PSA-based, screening for prostate cancer.

– ACS recommends starting at age 50, men should talk to a doctor about the pros and cons of PSA testing in order to make an informed choice; and African-Americans, or men with a father or brother who had prostate cancer before age 65, should have this talk with a doctor at age 45.

– USPSTF has no recommendation either for or against.

– ACS recommends skin self-exams – and that doctors examine the skin carefully as part of a routine cancer-related check-up. QCBN

CCNAH brings hope and healing to cancer patients. Its multidisciplinary medical teams, advanced technologies and compassionate care help patients and their families through the experience, leading them to a new start in life.

To learn more about the programs and services offered at Northern Arizona Healthcare, visit NAHealth.com. “Like” NAH at Facebook.com/NorthernArizonaHealthcare.

David C. Beyer, M.D., F.A.S.T.R.O., F.A.C.R.O., F.A.C.R., is a board-certified radiologist and leader of the Cancer Centers of Northern Arizona Healthcare’s radiation oncology clinical team at Verde Valley Medical Center – Sedona Campus. He is also President of the Board of Directors of the American Society for Radiation Oncology. Dr. Beyer advises patients to speak with their healthcare providers about what screenings to have, since everyone’s individual risk factors are unique.