You are here: Home / Archives for scholarships 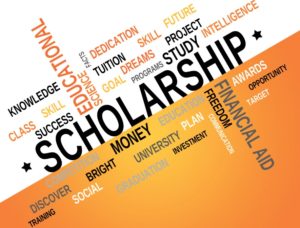 A local foundation is taking steps to improve the teacher shortage in Yavapai County by increasing its pledge to support qualified scholarship applicants.

Yavapai County residents interested in pursuing an education degree now can apply for one of several $2,000 or more scholarships for the coming academic year.

Written applications must be filed no later than Friday, March 5.

Applications are available online at ycesa.com/gardner-teacher-scholarship/ or by contacting Nick Borough at 928-442-5139.

Applicants must be Yavapai County residents who have graduated from an accredited high school in the county, have no less than a 3.0 high school or college/university grade point average, and be committed to teaching in any of grades K-12, preferably in Yavapai County.   Financial need will be considered.

In announcing scholarship availability, GiFTS Board President Robert St. Clair said, “Arizona is facing a crisis in having enough teachers to fill classrooms. That’s why we have increased the minimum amount we give to help teachers. It is the 18th year we have offered financial support to students who have been accepted in teacher education programs. Our organization has contributed almost $265,000 to help aspiring teachers. So far, over the years, we have given scholarships to 149 persons.”

In addition, GiFTS will administer a $1,500 or more scholarship funded by the Prescott Sunrise Lions Club. It is intended for a prospective teacher who meets at least one of these

criteria: has a visual or auditory disability; or will teach students who have visual, auditory or physical disabilities.

Still another category is offered for displaced teachers who are seeking additional discipline certification or endorsement in order to sustain their teaching employment. Such applicants must provide a written statement that documents additional education coursework is necessary in order for them to keep a job.

Recipients will be announced at a 3:30 p.m. reception on Friday, April 27. The same recipients also will be recognized later that day at 5 p.m. during the annual Yavapai County Teacher of the Year Awards Banquet at the Prescott Resort.

GiFTS (ESEYC) is a non-profit organization administered by a volunteer board of directors representative of various county communities. It was founded by the late Gladys Gardner, a former teacher who later became an Arizona legislator and, ultimately, Yavapai County supervisor. She died June 16, 2014, but bequeathed a substantial amount of her estate as a permanent endowment to support aspiring teachers from Yavapai County. QCBN 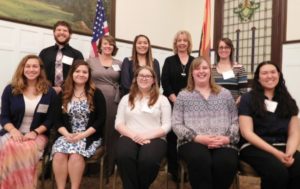 Eleven Yavapai County students representing seven different communities each received a $1,900 scholarship from the Education Scholarship Endowment-Yavapai County during a May 6 luncheon at Hassayampa Inn in Prescott.

Recipients were praised by Larnell Sawyer, the outgoing 2015 Teacher of the Year for Yavapai County.

Sawyer, a kindergarten teacher at Lincoln School in Prescott, told the winners, “I hope you feel as passionate about teaching as I do. I love teaching. It’s what I was born to do. I hope you feel the same way when you step into your first classroom. “

Recipients were as follows:

The scholarships are supported by contributions from individuals, businesses, corporations and charitable organizations. All funds are put into an endowment founded in 2001 by the late Gladys Gardner, a former teacher who became a state legislator and later, a Yavapai County supervisor.

A volunteer board of directors administers the 501(c)3 non-profit foundation. QCBN