You are here: Home / Local News / Understanding the Cost of Living Index 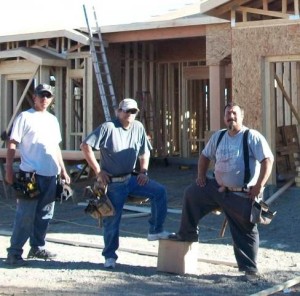 Most of us have a vague idea of what the “Cost of Living Index” (COLI) is – a sort of snapshot of how much it costs to buy different products at different times in different communities.

We know, for instance, that it costs substantially more to live in San Francisco or Boston than it does in Sierra Vista or Bullhead City.

But what do those “numbers” – those figures that are cited as representing the costs of things in a given area – really mean? And how are they determined?

David Maurer, chief executive officer for the past nine years at the Prescott Chamber of Commerce, says the process for determining the coast of living index is complex, complicated and costly. But it is used as a base point throughout the United States as a “…reliable source of key consumer costs from city to city.”

In fact, the COLI data are recognized nationally by the President’s Council of Economic Advisers, U.S. Census Bureau, the U.S. Bureau of Labor and other major financial and monetary groups as the major standard by which prices can be compared and living costs assessed.

Data are collected and analyzed by the Council for Community and Economic Research (C2ER), a firm headquartered in Arlington, Va. Formerly known as ACCRA data, C2ER systematically collects information from hundreds of cities and towns throughout the nation in six categories: Grocery Items, Housing, Utilities, Transportation, Health Care and Miscellaneous Goods and Services.

These categories are divided into 60 sub-categories that are weighted and represent important subsets within each main heading.

Once data are collected and reviewed through a sophisticated statistical process, C2ER determines averages for each category. A Composite Index is calculated, which then reflects the totality of all categories.

How are these indices determined?

Maurer said that his staff regularly and carefully collects the data for the greater Prescott area. “It costs us quite a bit of money annually to go out and gather the information about each of those 60 categories. It is important that we in this area know how we compare with the other communities in the state,” Maurer explained.

Maurer’s staff then submits quarterly data for review and analysis. C2ER then issues quarterly indices, which compare costs throughout the country.

COLI data are used daily by town and city officials, banking institutions, financial planners, advisers, and corporate and business firms throughout the country and internationally. Decisions about buying or selling property or goods, about opening or closing a business or manufacturing plant are often based on what COLI numbers reveal about costs in a state or community.

The most recent quarterly report from C2ER indicates that the cost of living index in Prescott is “below” the national average, with a composite score of 97.6.

“It’s important to understand that these cost of living numbers change quickly from one quarter to another,” said Greg Fester, economic development manager, Town of Prescott Valley. “For example, I think without question that the drop in cost of housing during the Great Recession has really driven that number down. The question I can’t answer is where the cost of living number will be in three years. I suspect it will creep back to over 100.”

But for the time being, civic and financial leaders in the greater Prescott area are content that local cost of living numbers have dropped.

Both Mayor Marlin Kuykendall of Prescott and Mayor Harvey Skoog of Prescott Valley agree that having cost-of-living numbers below the national norm reflects well upon the area. They echo each other in saying, “We think we live in the best place to be in Arizona.” QCBN