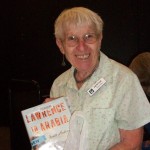 With more than 250 people any given month contributing their respective strengths to departments and programs for the town of Prescott Valley, “We can truly say that our town runs its engine on community volunteerism and pride,” said Mayor Harvey Skoog.

“In fact, we have more active volunteers than we do employees. About 250 people step forward to share time, talent, knowledge and expertise with our 200-and-some employees,” Skoog said.

The long-time Prescott Valley town official – more than 20 years on the Town Council and 14 years collectively as mayor – praised residents as being progressive, committed to their community and proud of what it has achieved in its short existence as an incorporated political body.

Skoog explained that he and other town elected and administrative officials squirmed quite a bit when the Great Recession hit in 2007-2008.

“Before that, we were one of the fastest growing communities in Arizona, but after – ugh!” he said.

He and other town officials are adamant that volunteers kept the community moving forward, despite fiscal disasters that daily were pummeling the town, county, state and country.

He points out, “If you examine our strategic planning process, you’ll quickly note that a major priority in our adapted financial policies is this: ‘maximizing citizen involvement in achieving our vision.’ One of the best ways to do that [is to] keep citizens intimately involved with what we are doing.”

Town Manager Larry Tarkowski concurs with Skoog. “The value assigned to the total volunteer effort in Prescott Valley over the years cannot be measured in dollars – almost impossible to do – but if it could, I know it would be in the millions.”

As an employee of Prescott Valley since 1989, Tarkowski applauds the dozens of volunteers who “…give us the gift of their time, talent and passion to create a fantastic community.”

Tarkowski is echoed – strongly – by Heidi Dahms-Foster, who five months ago left a 27-year media career to become the communications relations coordinator for the Town of Prescott Valley.

“Yep, that’s a lot of money for paid employees. But honestly, if the town had to pay salaries to the volunteers who provide so many diversified services to the greater community, that number would likely be millions higher,” Dahms-Foster said.

Identifying, recruiting and supervising an ever-increasing number of volunteers and the growing complexity of various volunteer programs prompted the town to hire Dahms-Foster. And that is just one of her job responsibilities: coordinating volunteer programs among the 12 town departments.

“We have a continuing need for even more. One specific need right now [is] finding volunteers to help elderly and disabled [residents] with yard care. And we have openings in Parks and Rec, and in the Town Clerk’s Office and more,” she said.

Dahms-Foster says she hopes to generate even more volunteer activity. “That’s one of the ways we can create a sense of ‘This is a town we can be proud of and can be involved in.’” Dahms-Foster has been a resident of Prescott Valley all her adult life.

What Do They Do?

Serving a current resident population of approaching 40,000, town-sponsored activities are as varied as the citizens in age, intensity and frequency.

A truly elite program, as its acronym indicates, is VIPs – Volunteers in Policing. The VIPs are carefully screened and highly trained citizens who aid the Prescott Valley Police Department with functions of the police department and criminal justice system.

But probably the program with the largest and most visible volunteer force is the Prescott Valley Public Library. Completed in fall 2009, the multi-story contemporary building goes far beyond the library concepts of many who grew up in the days of Dewey Decimal Systems and punch card technology.

Stuart Mattson, who actually ran a rather primitive and unsophisticated library in Prescott Valley before it was incorporated, brags, “I have nothing but praise for the volunteers who help us keep this place going. They make it possible for us to provide services that otherwise would not be.”

Open five days a week – closed only on Sundays, Mondays and holidays – the library has volunteers who help with “…everything,” said Lindy Messerly, a librarian and Reading Railroad and volunteer coordinator. “We have 57 volunteers, and they are the core of what we do.”

Volunteers shelve and sort books, check books in and out, help visitors solve computer issues, give tours, assist in senior reading programs and tutor those learning English as a second language.

One such charming volunteer is Hertha Koole, who for more than 30 years has been helping with library activities in Prescott Valley. A native of Germany, Koole moved to the United States in 1956 and 20 years later, to what was then called Lonesome Valley, now PV. “I’m about older than anything in town,” she smiled, helping check out a patron’s book, “including most of the library visitors and a lot of the books.”

Perhaps the attitude about the importance of volunteerism in Prescott Valley is summed up by Vice-Mayor Lora Lee Nye.

“Volunteers are the heart and soul of our community. It would be difficult to manage our town without these dedicated people who serve in almost every aspect of our town. Financially, they save Prescott Valley thousands of dollars. But more important, they are deeply dedicated. How can you put a dollar value on genuine dedication and service?” QCBN