You are here: Home / Columnists / We Can All Play a Role in Caring for Dogs 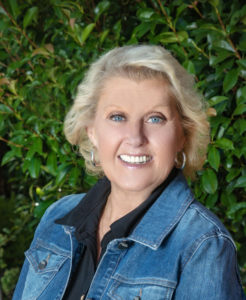 Animals have feelings and can also sense ours. They feel pain and they can’t even tell anyone.

We’ve all seen the pictures and heard the stories about dogs tightly chained to a tree in the heat of summer or the frigid cold of winter – the dog shivering outside in the cold hoping to be brought inside to the warmth of a home and its family, the dog that is driven out to a remote area and dumped or that dog running after the car and then sitting there for days waiting for their person to come back for them. We also hear about the couple that lived next door and had a great dog but had to move because of “landlord issues,” so they just leave the dog there and drive away. Sadly, this happens every single day of the year! These animals have no idea what they’ve done wrong, why they’re being treated like they are and what’s going to happen to them. It’s heartbreaking.

I must confess – I’m writing this article because during the last couple of years I’ve been trying to figure out why some people can be so callous and cowardly when it comes to their pets. Most recently, there was a situation where a local family moved out of their home and left their family dog they’d had its whole life, chained alone inside the living room with no food, water or heat. After a couple days, a neighbor noticed he hadn’t seen the people and heard the dog crying and howling for help, and immediately called Animal Control to report it. This precious pup was brought to Yavapai Humane Society, where it was treated medically, given food, water, warmth and love, and has since found a new family that loves him beyond all belief. This dog is alive and prospering because of a caring person who decided to act and advocate for an animal that was in need. This person was a voice for that dog and, in reality, saved its life.

Something I will never understand is when families have a dog they’ve had its entire life and then get a new puppy and the puppy and the family dog don’t get along, so they decide to surrender the dog they’ve had for all those years. Do you think that dog isn’t confused, sad and heartbroken, wondering what it did wrong? I just don’t understand how some people can be so heartless. Some of these dogs are old, in poor health, some are deaf or blind and now, are away from the only family they’ve ever known. Prince was one of those dogs who was given up because his family got a new puppy. They’d had him for 10 years, so they basically traded him in for the new puppy! He was with us for a year and was overlooked every day. No one could understand why because he had the sweetest disposition, was loving, gentle and loyal. Gina and I brought him into our office every day and he’d hang out with us. He’d sit next to us and rest his head on our laps, follow us any time we got up to go to another room and wait for us outside the bathroom door. He needed to be the only dog in the home; otherwise, Gina or I would have adopted him in a heartbeat! But along came Robyn and Terry who had seen our posts about precious Prince on our social media. They came to meet Prince and it was love at first sight for all involved. Prince went right to them and, ya know what? Prince is now enjoying the sweet life with the people who are going to love him for the rest of his life and give him the family and home he deserves to have!

Dogs are some of the most loyal animals around. We’ve all seen the pictures of dogs lying on the sidewalk outside of a hospital, waiting for their person to come out. Or the dog that lies at the grave of his person, grieving and continuing to be loyal. I don’t know what we did as humans to deserve this kind of love and loyalty, but what I do know is those dogs deserve our love and loyalty in return for what they give us.

Believe or not, there are still people who think animals don’t have emotions, feel pain or loss, or get confused. There are still people who think “Oh, it’s just a dog.” No, it’s not “just a dog.” It’s a life, and more so, it’s a life that matters! This is the message I’m trying to share with you. Animals have feelings and can also sense ours. They feel pain and they can’t even tell anyone. We can be their voice, their advocate, their hero, the person that may even save their life. If you see something wrong, call and report it. If you hear something, call and report it. It takes all of us to make this world a better place for the animals who share this amazing place we call Earth. Whether it’s adopting them and giving them the life they deserve or helping them out of a bad situation. It’s up to us.

I had some t-shirts made for us at the shelter that say, “Caring for animals isn’t just what I do… It’s who I am.” If you’re still reading this, I know it’s who you are, too. For that, I say, “Thank you!” QCBN

Loree Walden is the marketing manager for Yavapai Humane Society.