You are here: Home / Columnists / Higher Interest Rates Having an Impact on Sales and Appreciation of Homes 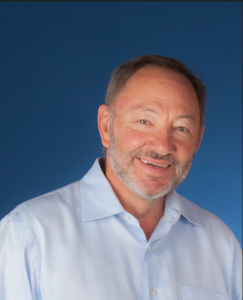 All of these projections beg the question: should I sell now or wait until there is more certainty in the market?

Economists at Fannie Mae have dramatically downgraded their home sales forecasts for this year and next, saying they expect a “modest recession” in the second half of next year in the face of Fed tightening and the war in Ukraine.

In their latest forecast,  Fannie Mae economists said the projected downturn “is not expected to resemble the severity or duration of the Great Recession,” but that higher mortgage rates are likely to cause home sales to decline by 7.4 percent this year and by 9.7 percent in 2023.

Fannie Mae had previously forecast that home sales would drop by 4.1 percent this year and 2.7 percent next year.

“Since our last forecast, monetary policy guidance has shifted in a hawkish direction, and markets have responded with rapid increases in interest rates, signaling a belief that brisker tightening is likely to occur,” Fannie Mae forecasters said. “While a ‘soft landing’ for the economy is possible, which is where inflation subsides without economic contraction, historically, such an outcome is an exception, not the norm.”

If there is a recession, Fannie Mae economists don’t expect it will be as severe or as long as the Great Recession of 2007-09, due to “multiple factors.”

“Households with a 3%, 30-year, fixed-rate mortgage are unlikely to give that up in favor of a mortgage closer to 5%, and we expect this so-called ‘lock-in’ effect to weigh on home sales,” Fannie Mae Chief Economist Doug Duncan said in a statement. “Moreover, if mortgage rates remain relatively elevated, we expect the added affordability constraint to price out some would-be first-time homebuyers and contribute to the slowing of demand.”

But the “lock-in” effect of rising mortgage rates and worsening affordability “will eventually weigh on new sales as well,” Fannie Mae economists said of their prediction that sales of new homes will drop by 8% in 2023, to 725,000.

“It should be noted that interest rates have moved up further than we had expected since the completion of our interest rate forecast at the start of the month, representing downside risks to our housing forecast,” Fannie Mae economists said.

All of these projections beg the question: should I sell now or wait until there is more certainty in the market? Many times, the answer depends on your personal circumstances and talking to someone who knows your market and your situation well is a good next move. QCBN

Nick Malouff is the CEO and co-owner of Better Homes and Gardens Real Estate BloomTree Realty with offices in Prescott, Prescott Valley, Cottonwood and Sedona. To reach Nick or a highly qualified agent, please call 928-443-8800.