You are here: Home / Business / Know Yourself: Honor Your Heritage, Embrace Your Environment 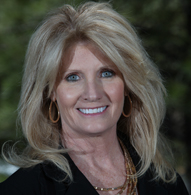 Knowledge is power. And knowing yourself, your strengths and weaknesses, is critical when embarking on a career path, climbing a mountain, choosing a friend and needing a go-to answer in an interview process in which that annoying question about your strengths and weaknesses is still asked. What you know and believe about yourself likely will impact every important decision you make in every aspect of your life.

In his book, “Self Matters: Creating Your Life from the Inside Out,” Dr. Phil McGraw encourages readers to understand who they are by examining who influenced them, how they were shaped and why they believe certain things about themselves.

Who we think we are or who we tell ourselves we are may not be true at all. Sometimes we believe something that was told to us when we were very young. And somehow, we may have allowed a harsh, lame comment to stick and keep playing in our heads. A mean verbal attack from a sibling, parent, jealous friend, girl or boy you were crushing on, teacher or other person in authority might have lasted only seconds but can limit and constrain us for the rest of our lives.

I would encourage everyone to really examine the cruel things we tell ourselves and take a good exploratory look at where that garbage came from. Is it really true? If it is and we don’t like it, what can we do to improve ourselves? We may discover it’s not true at all. And, if that’s the case, it’s time to dub over the worn-out, nasty recording that repeats itself like a broken record in our heads. Note to millennials: Records are something that were played on a machine called a phonograph long ago. Magically, a needle scratching across a revolving vinyl disc made music. I don’t know how it worked, either.

This point about believing someone else’s nonsense was driven home to me when I heard my brilliant mother whisper hatefully under her breath to herself in her dying days, “You’re so stupid.” To understand how off-base this statement was, you’d have to know Ruth Wilson was valedictorian of her high school and college graduating class, and one of the smartest, most principled people I’ve ever known. She had an extraordinary grasp of the English language, traveled extensively and was a lifelong student of the world, someone who embraced science, music and other cultures.

During times of adversity, the volume on those messages can get turned up. Note to millennials: long ago there were round knobs on stereo equipment that made sound louder when rotated to the right.

As Dr. Phil says, “Monsters live in the dark.” And that’s why it’s important to call those monsters out into the light of day and see if they are truly scary or just make a lot of noise, like my son’s 10-pound rescue bichon frise, Dexter.

I believe part of knowing ourselves goes deeper than just our time on the planet. We carry around the DNA of our ancestors, and especially in difficult times, we can call on their strengths. For example, my dad was a bomber pilot and U.S. Marine during World War II. As you might imagine, he was pretty tough, and it can be handy for me to tap into that strength and get-it-done mentality when the situation calls for it.

We also are shaped by our environment. As Arizonans and Americans, we may be fiercely independent and undeniably resilient. Think about what you’re made of and the positive qualities you can draw on.

As we persevere through times of uncertainty, let’s make like an eight-track player and garble those old, inaccurate tapes of negativity. Note to millennials: an eight-track was just a bad idea in the 1970s. Don’t even worry about it.

Let’s honor our heritage, embrace our environment and live fully as our authentic selves. QCBN