You are here: Home / Archives for American Financial Investments 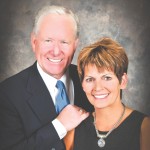 Being early can be considered a virtue. Just think of some of the proverbs that we’ve all heard hundreds of times over the years: “The early bird gets the worm.” “Early to bed and early to rise makes a man healthy, wealthy and wise.”   There are many situations where being early … END_OF_DOCUMENT_TOKEN_TO_BE_REPLACED

More people are saving more money for retirement than they have in the past few decades, according to a recent report from the U.S. Government Accountability Office. That’s great news! Now, for the not-so-great news. The report, titled “Retirement Security: Income and Wealth Disparities Continue … END_OF_DOCUMENT_TOKEN_TO_BE_REPLACED

Saving for retirement has become much more simple with automated savings for accounts like 401(k)s, but what do you do if you’re self-employed or work at a company that doesn’t offer a retirement plan? According to a study by the Employee Benefit Research Institute, fewer than half of American … END_OF_DOCUMENT_TOKEN_TO_BE_REPLACED

Typically, when people think about the biggest risks to their financial security in retirement, health care costs come to mind. However, an often-overlooked risk is the costs associated with long-term care. For many Americans, the term “long-term care” has a new sense of urgency – particularly … END_OF_DOCUMENT_TOKEN_TO_BE_REPLACED