You are here: Home / Archives for Prescott Mayor Phil Goode 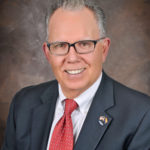 August was an important month for the City of Prescott, as council took several steps to ensure a prosperous future for our citizens, while looking back on a half century of partnership with one of our Sister Cities. Prescott City Council approved the purchase of more than 300 acres of property … END_OF_DOCUMENT_TOKEN_TO_BE_REPLACED

Prescott City Council is moving toward adoption of a new water policy, one that is designed to help us properly manage this precious resource. For many years, the city has offered programs to encourage our citizens to conserve water at home. The city offers a series of rebates for homeowners who … END_OF_DOCUMENT_TOKEN_TO_BE_REPLACED 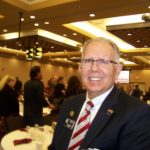 Prescott Mayor Phil Goode said economic growth in the greater community seemed “…more than just solid for the coming year” when he shared his State of the City comments with hundreds of local residents. Goode was the featured speaker during the Prescott Chamber of Commerce annual meeting on March … END_OF_DOCUMENT_TOKEN_TO_BE_REPLACED